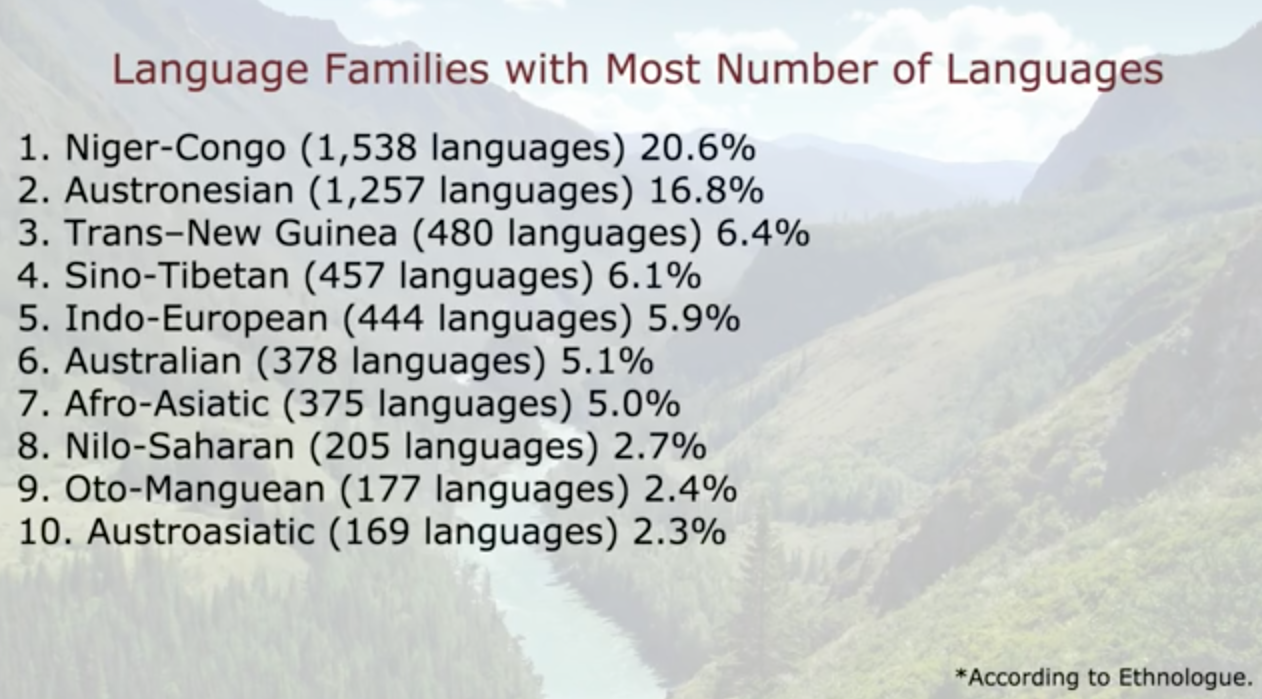 If you’ve scrolled down to the comment section of the video that goes along with today’s blog post, it won’t be hard for you to realize that the Altaic language family is a very controversial topic in linguistics.

I apologize in advance for the offensive language from some of our commenters.

So, what makes the Altaic languages so controversial?

A Note on Language Families What does our proposed theory have to do with this list? Well, if proven to be true, the Altaic language family may be included to such a list, albeit with not so many languages, but with a lot of speakers.

Over the years, this initial theory changed: the Uralic languages got taken out of the equation, but Japanese, Korean and the Tungusic languages got added, and by the 1960’s, the proposed Altaic languages attempted to unite large sections of Asia. The theory encompassed about 75 individual languages (more if one included the Uralic languages), most or all of which were said to be related because they shared common features such as a subject-object-verb word order, a lack of grammatical gender, vowel harmony, and highly-agglutinative grammars.

Further research was done throughout the 1980’s and 1990’s, and the Altaic language family reached quasi-acceptance around 1991 when a researcher named Sergei Starostin used 110 of the most common words across all languages (called the Swadesh-Yakhontov list) to compare the languages of the proposed Altaic language family. He found the following percentages of lexical similarity (or percentage of words with common roots between two languages):

Further, in 2003, Starostin and two other linguists published “An Etymological Dictionary of the Altaic Languages” which described some 2,600 cognates between the proposed Altaic languages, and this time, Japanese included. It seemed a new language family had been born.

Why is This Theory Controversial?

“So, Michael,” you’re probably saying. “With all this supposed grammatical and lexical evidence for the Altaic language family, why is this topic so controversial?”

Firstly, critics of this theory point to what is called “language contact” to explain the similarities between these languages. This means that because, for example, the Turkic languages and the Mongolic languages are spoken relatively close to one another, they are more susceptible to borrowing each other’s words. Besides, just because two languages have cognates or shared grammatical features, it doesn’t mean they are necessarily related.

To prove this, we can look at English and Zulu. Both of these languages have a subject-verb-object word order, and English has borrowed a number of Zulu words such as “impala” and “vuvuzela”. However, we know that these two languages are not linguistically related.

The Death of the Altaic Language Theory

The biggest issue with the Altaic languages, though, goes back to a basic concept in linguistics.

Through historical linguistics, we can trace a language’s evolution through time, and by combining historical records and educated guesses, we can theorize what languages sounded like a long time ago, and even see how older languages split and changed into the modern languages we see today.

For example, we can trace modern Turkish back to a common ancestor shared with Azerbaijani, and that common ancestor had a common ancestor with the Turkmen language. At one point, this ancestor called Oghuz, came from Proto-Turkic, the ancestor of all the Turkic languages. Through this analysis, we can see how the languages have become more dissimilar over time, their mutual intelligibility waning and dialects becoming distinct languages. Inversely, that means that the further you go back in time, the more similar the languages are to one another because, in theory, they all originated from one common ancestor.

The exact opposite has happened in the so-called Altaic languages. The major criticism of the Altaic language family, and the reason why many linguists discredit this theory, is because the languages involved are less similar the further back in time you travel. Even though there are similarities between modern day Turkish and Mongolian and Korean and even Japanese, these similarities diminish or are even non-existent in earlier forms of these languages. This is a huge problem for the theory of the Altaic language family because if these languages are, in fact, related, they should originate from a common ancestor, and their similarities should logically increase, not decrease, as we go further back in time.

Despite this, the debate on this topic is still pretty lively, and I have to admit, there are good arguments on both sides. But what do you think? Do you believe the Altaic languages have merit? Do you speak one of the languages involved? Let me know in the comments below.

4 thoughts on “Does the Altaic Language Family Really Exist?”